Researchers at the Department of Materials Science and Engineering, Stanford University, have developed a water-based battery system for storing electrical energy from the grid. At present, the battery is only in prototype mode, but it has shown promising results for scaling up to capacities ideal for practical applications. The battery is designed to assist in minimising grid imbalances due to the variable and intermittent nature of renewable energy by storing and supplying energy to the grid as per the load requirements.

The battery provides an alternative solution for integrating renewable energy into the grid, by storing excess renewable energy and avoiding the need for gas or coal-based power plants to supply excess power when renewable sources are unavailable. This helps in retaining the clean energy benefits of renewable energy technologies while increasing their share in the electricity generation mix and preventing curtailment.

The battery has a life cycle of at least 5,000 recharges, which roughly translates into an operational lifetime of over 10 years. According to the researchers, the battery could meet the United States Department of Energy’s (DoE) specifications for utility-scale battery energy storage systems. As per the DoE, batteries for grid applications should have a life cycle of 5,000 charges, discharging at a rate of 20 kW per hour, and they should have a lifespan of 10 years or more. It has further recommended that the cost of such systems should not be too high – around $100 per kWh. Hence, the battery’s manufacturing costs would need to be lowered.

Over  the  past few  years,  manganese-based  aqueous  batteries have  gained popularity due  to  an abundance of the required raw materials, low  costs,  environmental  friendliness  and  high  theoretical  capacities.  In comparison, the present state-of-the-art manganese–zinc batteries have low capacities, recharge poorly and suffer from dendrite formations. The battery designed at Stanford, which provides an efficiency of 71 per cent, is aimed at overcoming such problems. Another advantage of this technology is that the fabrication of the battery cells is very simple as compared to other technologies; therefore, manufacturing costs are quite low. The raw materials needed for construction such as manganese sulphate, water, carbon and glass fibre separators are all cost effective and easily available. The battery is capable of retaining 95 per cent of its charge even after 12 hours of self-discharge, indicating its practical grid storage potential. The team expects further improvements through the use of more efficient electrodes and cell management systems. Moreover, further research can help  lower the costs of the technology in the future.

With innovative research in energy storage technologies and materials, it will not be long before renewable energy combined with storage systems achieves grid parity.

While thinking about the most basic human needs, one often considers food, water and shelter. But one doesn’t usually think of light, which can be a necessity for survival in remote areas at night, or in areas affected by conflict or natural disasters. Since grid electricity may not always reach those who need it most, two Columbia University alumni, Anna Stork and Andrea Sreshta, took on the challenge of developing an inflatable solar light that can be used in such conditions.

The device was designed and developed by the duo after the 2010 earthquake in Haiti, following which 50 prototypes were tested in India. Since then, LuminAID has supplied these devices to multiple countries through partnerships with NGOs and national and international aid organisations. 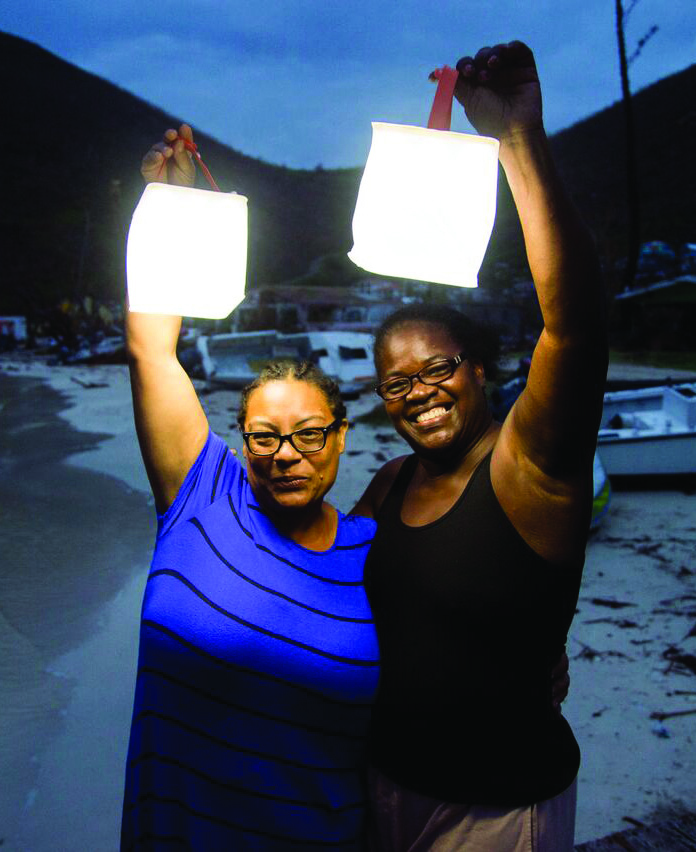 PackLite is a range of lightweight inflatable lanterns that can be charged in the sun using high-efficiency solar cells or a USB input. The basic PackLite Firefly USB lantern is priced at around $20 and can run for a maximum of 24 hours after 10 hours of solar panel charging or one to two hours of USB charging. It has different light intensity settings for different uses. The lamp is waterproof with an IP 67 rating and can float. It comes with an adjustable strap so it can be easily attached to a backpack or hung inside a tent. It has a small but powerful battery that has a storage life of around two years, and a 4-LED battery level as well as a charging level indicator. Depending on the lighting and charging requirements, the company offers different products such as the PackLite Hero Supercharger that can charge cell phones while providing light. The company also provides garden lights for those who wish to use clean energy for space lighting.

Since LuminAID’s inception, it has raised funds through multiple platforms for developing and marketing its products. In 2010, the startup was able to raise 500 per cent more than its initial funding goal through a crowd-funding campaign on IndieGoGo (a crowd-funding marketplace). In 2012, it was awarded the first place as well as $25,000 in prize money in the Chicago Booth School’s Social New Venture Challenge. The following year LuminAID was given $100,000 at the Early Stage Prize in the Clean Energy Challenge in Chicago, hosted by the Clean Energy Trust.

The company received worldwide recognition when it was featured on the television programme, Shark Tank, in 2015 and received investment offers from all five judges. It finally signed a deal with Mark Cuban, one of the judges, who became the company’s first investor. In addition, the company received $100,000 from the Mission Main Street Grant. 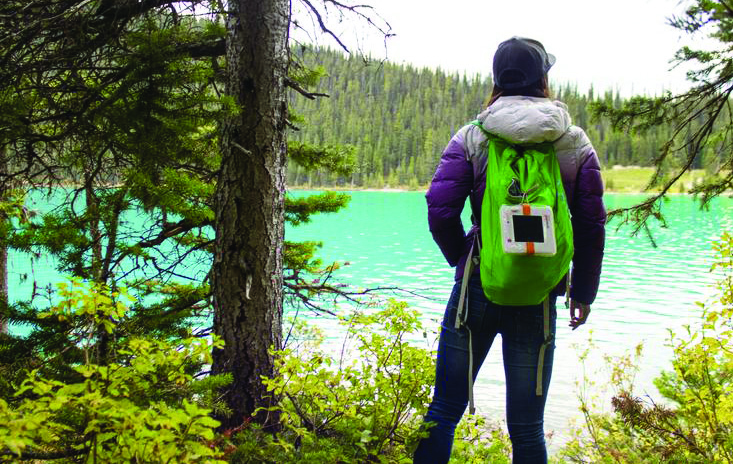 Give Light, Get Light

Since the launch of the prototype, the company has provided its solar lanterns for multiple social causes. Through the Give Light, Get Light programme, LuminAID has partnered with NGOs and non-profits all over the world to donate and distribute lights to people who can benefit from a safe and rechargeable light source. As of 2014, 10,000 lights were donated by LuminAID’s customers to charitable projects in more than 50 countries through the programme.

The company distributed around 1,000 solar lamps in Haiti after Hurricane Isaac, and over 3,000 lights in Nepal after the earthquake in 2015. During the past year, LuminAID has partnered with multiple disaster relief agencies such as Convoy of Hope to distribute solar phone chargers and lanterns in the Caribbean after the hurricane season and has also provided thousands of solar lanterns and chargers to Puerto Rico after Hurricane Maria.

LuminAID is an excellent example of how innovation in renewable energy technology and design can be used to better the lives of millions of underprivileged people.