IberBlue Wind, a Spanish-Irish renewable energy company, has announced plans to build a 990 MW floating wind farm off the coast of Andalusia, Spain. The 310 km sq Nao Victoria wind farm will be built in the Alboran Sea, off the coasts of Cadiz and Malaga. The Nao Victoria wind farm, which will comprise 55 floating offshore wind turbines, will have an installed capacity of 990 MW and be able to power hundreds of thousands of households. It is anticipated that the project will generate “thousands” of employment, the majority of which will be necessary for its development and construction.

IberBlue Wind has provided the country’s Ministry for Ecological Transition and the Demographic Challenge (MITECO) with an Initial Project Document (IPD) for the project, including its technical aspects. To ensure openness and integration, the company has begun engaging with local and regional entities as well as groups in the area. The Nao Victoria offshore wind farm’s installation is anticipated to have a negligible impact because it will be situated 25 to 40 km from the coast. While the wind turbines will be situated deeper in the sea, the floating platforms will be anchored to the seabed.

According to IberBlue, this will aid in overcoming the difficulties created by the Iberian Peninsula’s constrained continental shelf. IberBlue Wind is a partnership between the Spanish firms Proes Consultores and FF New Energy Ventures and the Irish renewable energy developer Simply Blue Group. 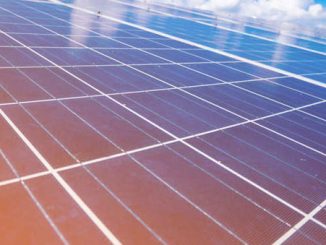