Ministry of New and Renewable Energy, October 6, 2022:  R.K Singh, Union Minister for Power and New and Renewable Energy today unvieled the curtain raiser to the fifth assembly of the International Solar Alliance (ISA) along with side events to be held in New Delhi from 17th to 20th October, 2022. India holds the office of the President of the ISA Assembly. Ministers, missions and delegates from 109 member and signatory countries are set to participate in this meeting. The Assembly will be presided over by Shri R.K. Singh, union minister for power, new and renewable energy.

The Minister in his address further remarked that ISA is the essential vehicle to fulfill the international pledges on energy transition.

The assembly is the apex decision-making body of ISA in which each member country is represented. This body makes decisions concerning the implementation of the ISA’s Framework Agreement and coordinated actions to be taken to achieve its objective. The Assembly meets annually at the ministerial level at the ISA’s seat. It assesses the aggregate effect of the programmes and other activities in terms of deployment of solar energy, performance, reliability, cost and scale of finance.

The 5th assembly is expected to lead to a greater consensus among countries for promotion of solar power. Increased international cooperation will be the backbone of energy transition, propelling investment and creating millions of new green jobs in this crucial decade of climate action.

The ISA secretariat has planned a series of technical sessions on various strategic initiatives of the ISA on October 19, 2022, and technical sessions on various emergent issues in the solar and clean energy sector in collaboration with partner organisations. Following the 5th general assembly, three analytical reports will also be launched, namely:

About the International Solar Alliance:

The International Solar Alliance is an international organisation with 109 member and signatory countries. It works with governments to improve energy access and security worldwide and promote solar power as a sustainable way to transition to a carbon-neutral future. ISA’s mission is to unlock US$ 1 trillion of investments in solar by 2030 while reducing the cost of the technology and its financing. It promotes the use of solar energy in the agriculture, health, transport and power generation sectors. ISA member countries are driving change by enacting policies and regulations, sharing best practices, agreeing on common standards, and mobilising investments. Through this work, ISA has identified and designed and tested new business models for solar projects; supported governments to make their energy legislation and policies solar-friendly through Ease of Doing Solar analytics and advisory; pooled demand for solar technology from different countries, and drove down costs; improved access to finance by reducing the risks and making the sector more attractive to private investment; increased access to solar training, data and insights for solar engineers and energy policymakers.

With the signing and ratification of the ISA Framework Agreement by 15 countries, on 6 December, 2017, ISA became the first international intergovernmental organization to be headquartered in India. ISA is partnering with multilateral development banks, development financial institutions, private and public sector organisations, civil society, and other international institutions to deploy cost-effective and transformational solutions through solar energy, especially in the least developed countries and the small island developing states. 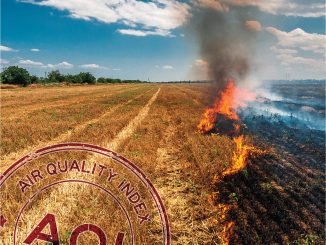 November 1, 2022
By Devangshu Datta Stubble burning across north India, especially in Punjab and Haryana, is a primary cause of high air pollution in the winter. There...
More 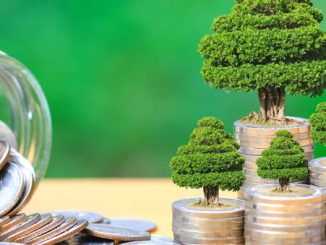 April 13, 2022
India is a resource-rich and diverse country. Many of its states are comparable to countries in the European Union in terms of area, population, and d...
More 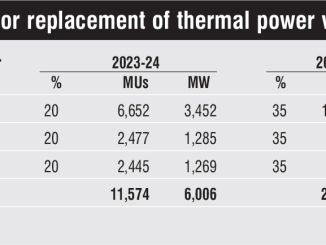 Shift in Power
Plan to replace thermal energy with renewables

July 29, 2022
To meet India’s goal of decarbonisation and achieving 500 GW of non-fossil fuel-based capacity by 2030, in a recent letter, the Ministry of Power (M...
More