Tata Power Renewable Energy (TPREL), a division of Tata Power will be establishing a 100 MW captive solar project in Tarapur, Maharashtra for a stainless-steel manufacturer, Viraj Profile. TPREL will build the plant in Nashik’s Nandgaon. TPREL established TP Nanded Limited as a special purpose vehicle to manage the construction, operation, and maintenance of the captive solar power plant. TPREL will own 74 percent of the generation under captive generation rules, while Viraj Profile will own the remaining 26 percent. According to the company, Viraj Profile will be the first Indian stainless steel long product manufacturing company to use solar energy to power its production unit.

The project is set to be completed by July 2023. The 100 MW solar project will produce approximately 200 million units of energy and reduce approximately 170.43 million kg of carbon dioxide annually. Viraj Profile will also reduce its reliance on non-renewable energy resources by roughly 50 percent.

Recently in August 2022, TPREL authorised the allotment of 83.6 million equity shares. These shares have a face value of Rs 10 each at a price of Rs 239.22 per share including a premium of Rs 229.22. The move was taken to support TPREL’s financial growth plans.

July 29, 2021
The largest Middle Eastern country, Saudi Arabia, is ranked as the second major oil producer in the Organization of the Petroleum Exporting Countries....
More 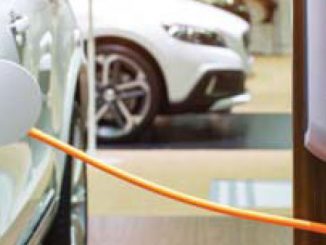 October 29, 2021
Tata Motors has signed an MoU with BluSmart Mobility, a ride-hailing mobility service, for expanding their all-electric fleet multi-fold across Delhi ...
More