The Asian Renewable Energy Hub (AREH) has reached an agreement with bp to sell a 40.5 per cent stake in the large renewables and green hydrogen hub. AREH intends to gradually expand the production of onshore wind and solar energy in the Pilbara region of West Australia, and achieve an overall capacity of 26 GW of solar and wind energy. This project will provide energy exports to countries like Japan and South Korea in order to serve the domestic Australian market.

When operating at maximum efficiency, AREH should be able to produce 9 million tonnes of green ammonia or about 1.6 million tonnes of green hydrogen annually. This might reduce carbon emissions in the domestic and export markets by about 17 million tonnes, saving about 0.5 gigatons of carbon throughout the course of the project. According to the terms of the new agreement, bp will purchase a 40.5 per cent stake in the project and will assume operatorship as of July 1, 2022. InterContinental Energy (26.4 per cent), CWP Global (17.8 per cent), Macquarie Capital, and Macquarie’s Green Investment Group (15.3 per cent) are the other shareholders in AREH.

Recently, Equinor and bp collaborated to launch an offshore wind innovation hub in New York, with the aim of facilitating partnerships with start-ups. The programme is the product of a three-year collaboration between the NY Tandon School of Engineering’s Urban Future Lab (UFL), Equinor, and the National Offshore Wind R&D Consortium, which is sponsored by the New York City Economic Development Corporation.

June 8, 2022
The Export-Import Bank of India (EXIM Bank) has issued a request for proposals for a 100 MW solar project in Madarganj, Bangladesh’s Jamalpur di...
More 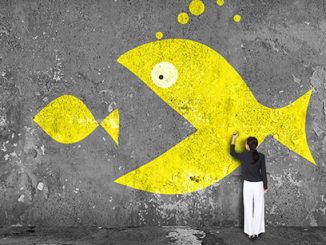 April 25, 2022
Borosil Renewables, a solar glass manufacturer based in India, announced the acquisition of a 100 per cent share capital of Interfloat Corporation and...
More April 21, 2022
NTPC Limited has invited bids for the engineering, procurement, and construction (EPC) of a grid-connected battery energy storage system (BESS) with 1...
More