Narayan Kumar’s career has been largely built around harnessing the natural elements – air, wind and sun. He has spent 16 years of his 27-year-long career in the renewable energy space and before that was engaged in the telecom business.

He is currently India head of development for Vestas Wind Systems. His role involves the conventional project development aspects that need to be blended with business origination and financial analysis and evaluation. His background in finance and general management has proved useful in this. Over the past 30 months, he has been spearheading the company’s front-end development process, including wind, grid, land and permits.

Kumar began his renewable energy innings by building bio-refineries in the US, then moved on to the wind segment in Europe and the solar EPC business in the UK, Japan, Italy, Germany and SEA markets. Prior to his Vestas stint, Kumar was associated with Acciona Energy’s India business and with Hindustan Clean Energy’s international solar business as profit centre head.

According to him, the wind segment has not been given its due importance over the past few years and India’s renewable energy progression will not be satisfactory unless the wind segment is given proper attention. Greater transparency and simplification are needed, especially in land acquisition, besides grid integration policies for onshore wind. Evolving a measurable roadmap for the first set of offshore turbines and providing a sustainable business case for repowering wind turbines, including framing policies for the removal or reuse of old or inoperative wind turbines, are also crucial.

Kumar’s management style is characterised by a focus on the big picture while addressing micro details as required. He believes in having smart and result-oriented people on his team and, as a principle, does not micromanage them. Having a clear goal, setting targets and measuring output are essential elements of his management technique.

Kumar is a fitness enthusiast. He is also interested in Indian classical music and reading autobiographies. He enjoys mentoring deserving first-generation students and entrepreneurs, who sometimes find it difficult to approach corporate professionals. Kumar’s long-term goal is to remain associated and active in the renewable energy space, especially in emerging areas such as PtX, green hydrogen and storage technologies. He is looking forward to being a part of India’s first offshore project, which is set to script history. 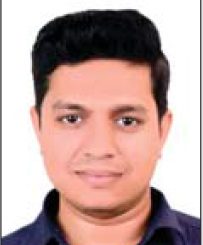 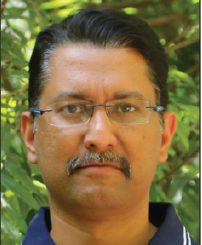 August 5, 2022
Jay Kumar Waghela brings to the table over 17 years of diverse experience (both domestic and international), with proficiency in business development,...
More 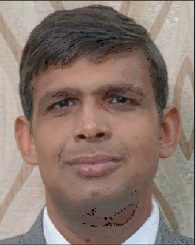 June 30, 2022
Rahul Gupta is the MD and CEO of Rays Experts, one of India’s largest private solar park developers and solar EPC and development companies. He curr...
More