The government had put in place renewable purchase obligations (RPOs) in a bid to promote the uptake of renewables. The biggest challenge in getting states to purchase renewable energy has been the lack of parity in renewable energy potential among states. While some states lacked potential, others had it in excess. In this context, the Ministry of New and Renewable Energy undertook a study in 2009 and came up with a conceptual framework for a renewable energy certificate (REC) mechanism. The mechanism was based on the concept that renewable energy projects not only generate electricity but also protect the environment. Therefore, renewable energy project developers could sell two different categories of products – electricity benefits and the environmental benefits associated with them – in the form of RECs. The purchase of these RECs could help discoms and other obligated entities meet their RPOs.

Need for redesigning the REC mechanism

On June 4, 2021, the Ministry of Power (MoP) circulated a discussion paper on redesigning the REC mechanism. The need for a discussion paper on the topic arose for several reasons. One, India is undergoing an energy transition. The dominance of fossil fuels in the energy mix is slowly decreasing with the growing uptake of renewables.

Two, when the REC mechanism was introduced, renewable energy technologies such as solar photovoltaic and wind energy were not only expensive but also faced other challenges related to the absence of national-level renewable energy markets and expertise in forecasting and scheduling. Also, issues related to large-scale grid integration were common. However, solar tariffs have since seen a huge drop, reaching Rs 1.99 per unit. Wind power tariffs too have declined consistently and today hover around Rs 3 per unit. The tariffs are expected to fall further in the future. This decline is impressive. As the discussion paper mentions, these tariffs are even lower than the variable cost of most coal-based power plants.

Three, the initial cost of emerging clean technologies such as offshore wind, pumped hydropower stations and hydrogen is expected to be high. Therefore, there is a need for a policy shift on the REC mechanism as most of the inherent challenges in the renewable energy sector have been solved while emerging technologies are still expensive.

The key objective of the discussion paper is to make RECs an important contributor in increasing the share of renewables in the energy mix, in a bid to meet India’s international climate change commitments. Another key objective is to ensure future energy security by promoting new clean technologies including, but not limited to, offshore wind, hydrogen and pumped storage hydro plants.

A key suggestion in the discussion paper is to remove the validity period of RECs. In line with this, the paper suggests that there is no need for floor and forbearance prices to be specified, as holders of RECs would have the freedom to decide when they would like to sell their RECs. An important role has been given to the Central Electricity Regulatory Commission (CERC). The commission will be required to have a monitoring and surveillance mechanism in place to ensure that there is no hoarding of RECs to artificially inflate prices. If such malpractices take place, the CERC has the power to intervene.

This is a significant change from the present scenario, where the validity period of RECs is approximately three years (1,095 days) from the date of issuance. However, often the validity period has been extended by the CERC in a bid to avoid the expiry of RECs. In addition, currently, the CERC determines the floor and forbearance prices for different control periods. These prices have been revised consistently (four times for non-solar RECs and five times for solar RECs).

Another important suggestion is to make RECs eligible for only 15 years from the date of commissioning of the projects. Meanwhile, the existing renewable energy projects that are eligible for RECs will continue to receive certificates for a period of 25 years.

As shown in the table, Technology A, which is a less mature technology, can be issued three RECs for every 1 MWh. As the technology matures, the multiplier can be gradually reduced. Also, different renewable energy technologies can be assigned different multipliers. To this end, concepts of a “negative list”, in which existing technologies that have matured can be put, and “sunset clause” have been mentioned. Important riders have been attached to these concepts. One, only new projects will be applicable for the changed multiplier; commissioned projects will be excluded. Two, a technology that needs to be promoted to a new category, will have to be identified in advance (two years given as example). In addition, for such technologies, policy stability of at least 15 years will be provided. While these are interesting suggestions, the discussion paper, however, does not mention in detail the technologies that will have different multipliers.

The discussion paper acknowledges that discoms are slowly shifting their preference from power purchase agreements (PPAs) to the green term-ahead market and RECs, in a bid to meet their RPOs. Keeping this transition in mind, the paper mentions two policy options, going forward.

The discussion paper mentions that RECs will not be issued to entities that are benefiting from concessional charges or waivers. It also talks about enhancing the role of traders in the REC market, in a bid to give long-term visibility to REC buyers and to provide a level playing field for small buyers to meet their RPOs.

IHS Markit has raised several questions and has provided some suggestions as well, which are worth mentioning. One, it recommends that the floor price should not be done away with, as it will disincentivise renewable energy generators. The floor and forbearance price should not be done away with, until an alternative and stricter penalty mechanism is in place for non-compliance with RPOs, which will assist in increase in demand for RECs. It has raised a question on how the demand for RECs for less mature technologies will be developed if no specific RPOs are in place for them. Or will the government move towards making RPOs technology-agnostic, going forward? It also observes that no structure is in place in the discussion paper for the CERC to ensure that hoarding of RECs and price distortion does not take place, given it is expected to increase if the validity period of RECs is removed. Also, no rationale has been provided as to why the time period for RECs has been reduced to 15 years from 25 years. Will the developers be given a chance to re-register for RECs after 15 years, given the project lasts for around 25-30 years and investment plans are made keeping REC revenues in mind? IHS Markit also delves into the prospect of connecting RECs with similar international market-based mechanisms, including I-RECs, carbon markets, and ESCerts energy saving certificates. These are pertinent questions and suggestions that need clarity from the government.

Overall, the release of the discussion paper by the MoP is a welcome step. It demonstrates the government’s willingness to adapt to evolving market dynamics and fine-tune policies in response to the need of the times. 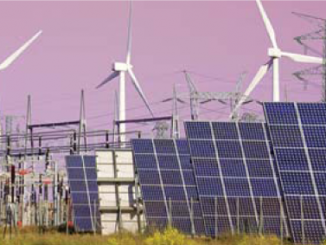