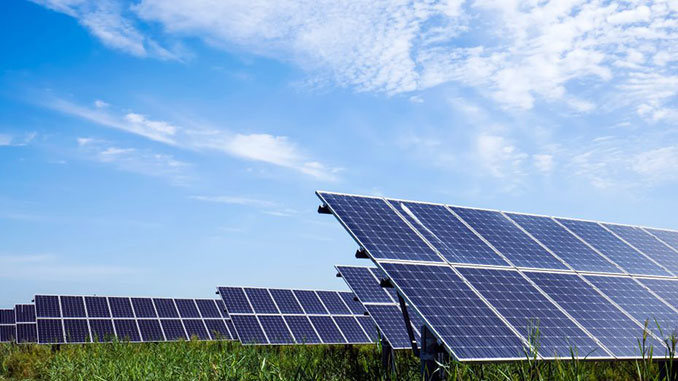 SJVN Limited, has won a 200 MW grid-connected solar photovoltaic project worth Rs 10 billion in Bihar following an open competitive tariff bidding auctionorganized by the Bihar Renewable Energy Development Agency (BREDA).During the e-reverse auction, SJVN submitted a bid of Rs 3.11 per kWh for the 200 MW of projects to be developed on a build, own, and operate basis. The auction was also attended by three other bidders. The capacity of 200 MW was awarded out of a total capacity of 250 MW which was tendered. The project is planned to generate 420.48 MU in the first year, with a total expected energy generation of around 10,512 MU over 25 years. The purchasing power agreement between BREDA and SJVN will be signed for a period of 25 years

Since it was first floated in June 2019, the tender has been renewed and modified multiple times. Initially, the tariff offered wasRs 3.45 per kWh The state regulator, however, did not approve this tariff, citing it as being too expensive and recommending that it be renegotiated in the range of Rs 3.05 per kWh to Rs 3.15per kWh.The regulator also recommended that if the bidders and BREDA are unable to reach an agreement on a renegotiated tariff within the indicated range, the instant bid process be terminated and the projects be retendered by BREDA.

SJVN has a total installed generating capacity of 2,016.5 MW, which includes two 1,912 MW hydropower projects, two 6.9 MW solar projects, and two 97.6 MW wind projects.SJVN had also won a 100 MW solar project in an auction held by Gujarat Urja Vikas Nigam Limited earlier this year. It offered a rate of Rs 2.64 per kWh.SJVN also intends to bid in the Indian Renewable Energy Development Agency’s auction for 5 GW of grid-connected solar projects under the Central Public Sector Undertaking program in India. SJVN has also pre-booked a solar power sale of 150 MW with the New Delhi Municipal Corporation for a 25-year period at Rs 2.44 per kWh.