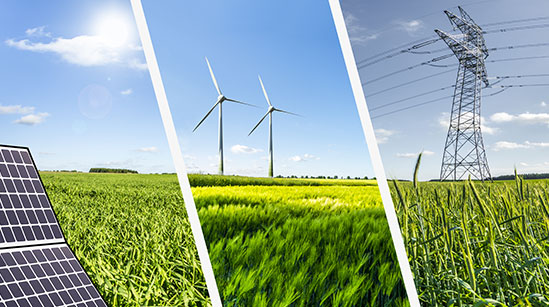 GAIL Limited has announced that it will invest about Rs 50 billion towards the development of 1 GW of renewable energy projects as well as compressed biogas and ethanol projects. GAIL also plans to set up the pipeline infrastructure to connect consumption centres to gas sources.

Of the total investment, about Rs 40 billion will be put towards renewable energy while Rs 8-10 billion will be invested in building at least two biogas plants and one ethanol factory. The ethanol units will convert agriculture waste or sugarcane into less polluting fuel which can be doped in petrol. GAIL is in the process of setting up a compressed biogas plant in Ranchi with a capacity of producing five tonnes of biogas and 25 tonnes of bio-manure per day. This project has an estimated cost of about Rs 2-3 billion. Further, GAIL has issued an expression of interest for setting up the compressed biogas plants.

The utility also plans to bid for 400 MW of solar power capacity being auctioned by the Solar Energy Corporation of India (SECI) in Rewa, Madhya Pradesh. Further, GAIL has also signed a collaboration with the equipment supplier BHEL for developing renewable energy projects with the latter as a contractor.