Chile’s power sector has rapidly adapted to the various changes it has faced in the past. It was able to seamlessly transition from a hydro-heavy generation mix to a hydro-thermal mix. And now, it is gearing up to face a new challenge, that of incorporating large amounts of renewable energy as the country looks to retire its coal-based power plants by 2040 and achieve carbon neutrality by 2050.

The path to carbon neutrality is a challenging one. It requires the coordination of various sectors and a common long-term vision. To achieve this, the Ministry of Energy has proposed six key measures – creation of sustainable industries, development of green hydrogen, promotion of electric mobility, construction of sustainable buildings, retirement of coal-fired plants, and energy efficiency improvement, to help achieve carbon neutrality by 2050.

Chile has an enormous renewable energy potential of 1,749 GW, which is at least 70 times that of the current electrical capacity of the Sistema Eléctrico Nacional (SEN) or the National Electric System. Given the country’s huge unexploited potential and the declining cost of renewable energy plants, replacing coal with renewables will be the key to achieving carbon neutrality. The target is to increase the share of renewables-based installed capacity from the current 51 per cent share to 70 per cent by 2030 and 90 per cent by 2050. However, efficiently replacing coal, which currently accounts for almost 40 per cent of the electricity generation, with renewable energy will require building a more robust and modern electricity transmission infrastructure and making the electrical system more flexible.

In addition, significant investments in the country’s high voltage network are required. Chile’s national electricity system coordinator, Coordinador Eléctrico Nacional (CEN), has plans to tender around 300 new transmission projects worth $3,200 million over the next five years (2021-25), significantly higher than the investment of $2,800 million during the 2011-19 period.

Chile was one of the early adopters of electricity sector reforms. It began to privatise its electricity sector in the 1980s. Since then, it has become a model for other countries in Latin America. The country’s electricity generation, transmission and distribution sectors are now completely owned by private companies. The state has only a surveillance role and regulatory powers, especially over the determination of certain tariffs.

The national grid comprises the Sistema Interconectado Central (SIC), the Sistema Interconectado del Norte Grande (SING), the Aysen electric system (including Port Aysen and Coyhaique), and the Magallanes electric system (including Punta Arenas, Port Porvenir and Port Natales). It is coordinated by the national system coordinator, CEN. In 2017, SIC and SING were connected via a 500 kV transmission line. The system now functions as the SEN. The national energy commission, Comision Nacional de Energia, is the country’s energy sector regulator and works under the Ministry of Energy.

Chile’s high voltage grid currently comprises 35,919 km of lines and 1,094 substations with 95,981 MVA of transformer capacity. The majority (47 per cent) of the grid network operates at the 220 kV level. Transelec, CGE, Engie, Interchile, Colbun Transmission, Minera Escondida and AES Gener are some of the main transmission companies in Chile. Transelec, which was formed in 1993 after the restructuring of Chile’s national electricity company ENDESA, operates the largest share (27 per cent) of the transmission network.

As per the Ministry of Energy’s Planificación Energética de Largo Plazo (PELP) 2018-22 or the Long-term Energy Plan 2018-22, around 1,731 MW of existing coal-based power plants will be retired during 2019-24. In each of the five scenarios considered for the 2020-50 horizon under PELP, the first half of the period (2020-35) witnesses strong solar and wind investment, the withdrawal of the majority of the coal-fired generating plants and the incorporation of storage into the network. In the second half of the period (2035-50), renewable technologies begin to be incorporated to complement the management of variable renewable energies such as storage and solar power concentration. Chile’s installed capacity is expected to range between 50 GW and 78 GW (depending on the scenario) in 2050, almost all of which will be based on renewable energy sources.

The future Chilean grid must be robust, modern and capable of accommodating large-scale renewable energy capacity that is planned to be added to transition to a carbon-neutral economy. In accordance with the provisions of Law No. 20,936/ 2016, CEN is required to develop a transmission plan on an annual basis. This transmission expansion proposal is formulated based on a planning study, which considers the projected demand over a 20-year horizon, along with various generation supply scenarios developed through investment optimisation models based on the PELP report. As per the recently issued/proposed transmission expansion plans, CEN is expected to tender out around 300 projects worth $3,200 million for new transmission construction over the next five years.

Currently, 31 national and zonal transmission projects aggregating 652 km of line length are under construction in the country. These projects represent $634 million in investments, of which 64 per cent are transmission line projects and 36 per cent substation projects. The most significant projects under construction are the 220 kV Lo Aguirre-Alto Melipilla y Alto Melipilla-Rapel(125 km) and the 500 kV Pichirropulli-Tineo (142 km) line projects. In addition, 36 transmission projects worth $1,191 million  are at various stages of environmental approval. Of the 36 projects, four projects ($39 million and 37 km) were recently admitted to the Sistema de Evaluación de Impacto Ambiental (SEIA) or the environmental impact assessment system for processing; 30 projects nationwide representing 1,015 km of lines and an investment of $1,006 million were under clarification with the Servicio de Evaluación Ambiental (SEA); and two projects comprising 269 km of lines worth $146 million were given environmental approval in March 2021.

The main transmission works currently in qualification in the SEIA, both in investment terms and in line length, are located in the Antofagasta region. However, the largest investment under environmental approval is related to interregional works, namely, the Itahue substation-Hualqui substation line and the new 2×220 Nueva Alto Melipilla-Nueva Casablanca La Pólvora-Agua Santa line.

A key project currently in the tendering stage is the Kimal-Lo Aquirre high voltage direct current (HVDC) project, valued at $1,480 million. The project is part of the Annual Transmission Expansion Plan for SEN for 2018. It entails the construction of a 1,500 km HVDC line of ±600 kV between the Kimal and Lo Aguirre converter substations, with a transmission capacity of at least 2,000 MW at each end. The developer is expected to be selected in October 2021 with construction expected to start from January 2022 and end by December 2028.

The project is expected to provide significant social benefits by allowing a greater integration of renewable energy into the grid, meeting the increase in electricity consumption, helping replace coal-based power plants and strengthening the electrical transmission network. It is estimated that the project will have a net social benefit of almost 30 per cent of the investment value of the work.

Chile, one of the first countries in Latin America to commit to carbon neutrality by 2050, has set itself on a course of decarbonisation and energy efficiency through various strategies such as the retirement of coal-based power plants, electric mobility, and increasing penetration of renewable energy technologies. The country’s transmission grid is being expanded to transition to a clean generation mix, achieve carbon neutrality, integrate higher amounts of renewable energy sources and meet the growing energy demand. In the future, the Chilean grid is expected to become more robust, modern and flexible as the planned transmission projects come online. 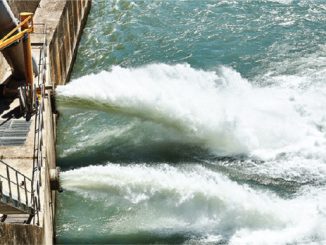 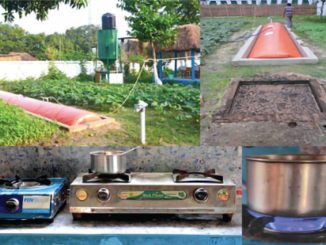 Going to the Grassroots
Renewable energy pivotal to poverty alleviation

November 2, 2020
The pace of poverty reduction in villages, mostly of farmers and landless labourers, has been much slower than the progress achieved by educated India...
More 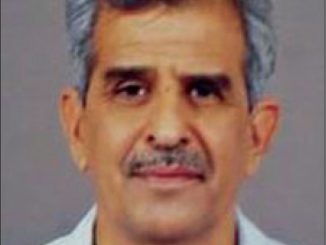