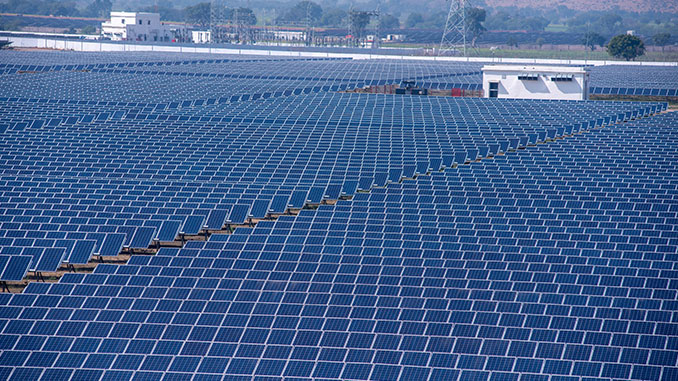 NTPC Vidyut Vyapar Nigam Limited (NVVN) has invited expressions of interest (EoI) to procure solar and round-the-clock solar bundled with thermal power from NTPC’s 735 MW Nokh solar project in Rajasthan and projects developed by other generators.The power will be sold atRs 3 per kWh at ex-bus of theNokh solar projectwhich will be connected to the 400 kV interstate transmission system. The power procurer will bear all the charges and losses up to the delivery point. The last date to submit the bids is July 21, 2021.

Eligible bidders include industries, hospitals, temples, companies, government agencies, government companies, public sector undertakings, and distribution companies that have previously sanctioned loads greater than 2 MW. NVVN also stated that, after identifying the bidders interested in procuring solar power and round-the-clock bundled power from NTPC’s renewable energy projects and those by other generators, it may tie up with them.

NVVN is a wholly-owned subsidiary of NTPC Limited. The current announcement follows NTPC Limited’s tender, in February 2021 to develop 735 MW of grid-connected solar capacity in the Nokh Solar Park in Rajasthan. As per the tender document, the project will be built in three blocks of 245 MW each using indigenously manufactured solar cells and modules. The developers will be required to carry out the design, engineering, manufacturing, supply, storage, installation, and commissioning of the projects in addition to engineering, procurement, and construction.