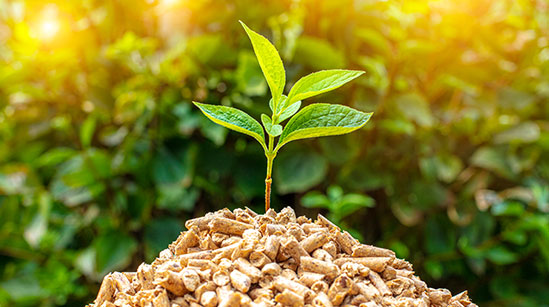 Ministry of power has announced that it will set up a national mission on use of biomass in coal-based thermal plants. This will help address the issue of air pollution arising from stubble burning, which is especially a concern in northern India during periods of burning around October-November. The mission will raise the level of biomass co-firing from present 5 per cent to higher levels to promote a higher share of renewable fuel used in thermal plants. The mission will also include research and development in boiler design to handle the higher amount of silica, alkalis in the biomass pellets.It will also address constraints in the supply chain of biomass pellets, agricultural residue, and its transport to the power plants.

The purview of the mission includes looking into regulatory issues in biomass co-firing.The modalities of operation and the structure of the mission are in the finalizing stage. There will be a steering committee for the mission, which will be headed by the secretary, ministry of power. The committee will also involve stakeholders such as the ministry of petroleum and natural gas, and the ministry of new and renewable energy (MNRE). The proposed national mission on biomass will also contribute to the National Clean Air Programme.The duration of the proposed mission would be a minimum of five years.

India, being an agrarian economy, generates a lot of agricultural waste. This is a matter of both concern and opportunity. In northern India, stubble burning takes place during winter, causing pollution, which is a grave public health concern. On the contrary, the same stubble can be used to produce bioenergy.