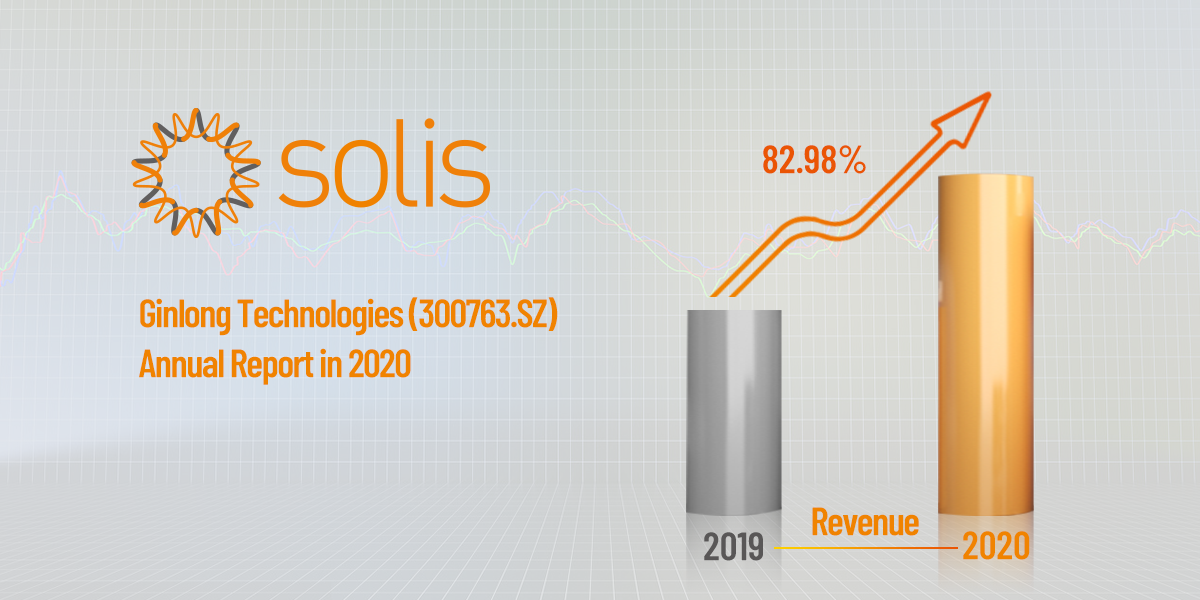 The Company operates in the field of distributed solar power generation, specializing in the research & development, production, sales and service of string inverters, core components within a distributed solar power generation system. Among the first batch of residential series grid connected inverter companies to enter the international market, the Company has adhered to the global strategy of developing domestic and foreign markets in parallel. In 2020, the global solar photovoltaic market experienced a boom. The Company implemented a global strategy to pursue balanced development, and technological innovation to promote continuous product iteration. Under these favorable conditions, the Company witnessed rapid growth. Sales within the China market reached USD 127.3 million, an increase of 93% year-on-year. The proceeds of sales in overseas markets (including Australia, USA, and Europe reached USD 194.4 million, an increase of 76% year-on-year.

According to the 2021 Q1 report disclosed by the Company, revenue reached USD 95.2 million, an increase of 119% year-on-year. The net profit attributable to shareholders of the listed company was USD 163,580.2 , an increase of 81.29% v’s the same period in 2020. In addition to rapid sales growth of string inverters, the Company said that the sales of energy storage inverters also increased. The 2021 Q1 sales of energy storage inverters reached USD 5.6 million; almost the total annual sales achieved in 2020.

In 2020, the Company increased R&D investment, spending USD 14.5 million, an increase of 122% year-on-year, which accelerated the R&D and development of new products. Within the reporting period, and responding to global market demand, the Company launched the Solis-(215-255)K-EHV-5G ultra-high power 1500V inverter series.  This  further enhanced the Company’s competitiveness in sectors such as utility scale and ground mount solar power plants.

The Company stated that the 2021 annual objective is to implement the plan to increase annual output and finalize the build of a brand-new smart factory.  This will deliver against efforts to raise the annual output target above 100% and transition from the existing man-machine manufacturing methods to automatic production and intelligent manufacturing.

Established in 2005, Ginlong (Solis) Technologies (Stock Code: 300763.SZ) is one of the experienced and largest manufacturers of PV string inverters. Presented under the Solis brand, the company’s portfolio uses innovative string inverter technology to deliver first-class reliability that has been validated under the most stringent international certifications. Armed with a global supply chain, world-class R&D and manufacturing capabilities, Ginlong optimizes its inverters for each regional market, servicing and supporting its customers with its team of local experts, visit www.solisinverters.com