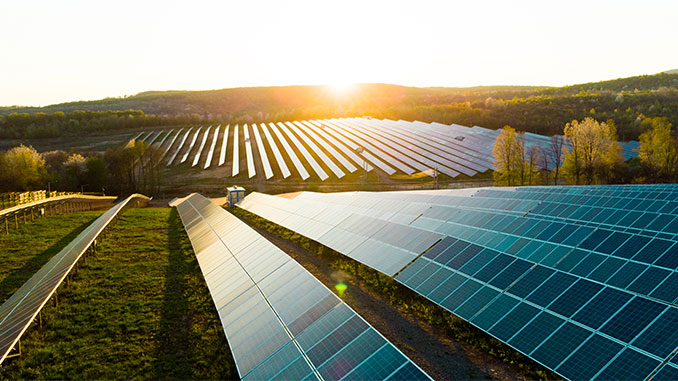 eNew Power has commissioned a 105 MW solar power project in the Patan district in Gujarat. The project has a power purchase agreement with Gujarat Urja Vikas Nigam for a period of 25 years. The tariff for offtake of the renewable power which has been agreed upon is Rs 2.68 per kWh.  For the project, advanced mono perc solar modules with seasonal tilt structure design will be installed.

This project increases ReNew’s total operational solar capacity in the state to 145 MW and total aggregate solar capacity to 4.7 GW across the country. Since March 2021, the company has announced commissioning of over 500 MW of integrated wind and solar energy projects, including 300 MW in Gujarat, 110 MW in Rajasthan and now 105 MW in Gujarat again. In February 2021, ReNew Power also announced a merger with RMG Acquisition Corporation II to become a publicly listed company in the NASDAQ. The transaction is expected to close in the second quarter of 2021 following which the combined entity would be named ReNew Energy Global PLC and will be listed on the NASDAQ.

ReNew Power, has announced its committment to achieve net zero greenhouse gas emissions by 2050.  The company’s latest announcement aligns with the ‘Race To Zero’ campaign which is a global alliance committed to achieving net zero carbon emissions through leadership and support from businesses, investors as well as cities and regions. Representing 471 cities, 23 regions, 1,675 businesses, 85 investors, and 569 universities it aims for a zero-carbon future and inclusive sustainable growth and mobilizes a coalition of leading net zero initiatives.