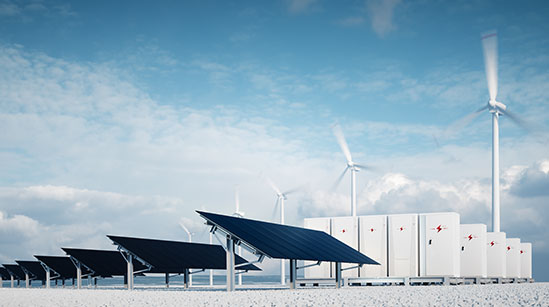 SJVN Limited has floated expressions of interest for the acquisition of hydro, solar, and wind projects in India from various agencies. The state-owned company hasinvited proposals from independent power producers, power generating companies, developers, state electricity boards, and lenders offering their hydro, solar, and wind projects in India. Further, these projects can be in operation, under construction, or even in the survey and investigation stage. There is no limit of the capacity that can be offered for hydropower projects whilefor solar projects, the minimum eligible capacity is 25 MW and above, and for wind projects, the capacity must be 50 MW and above.The deadline for submission of bids is May 31, 2021.

SJVN is a joint venture between the government of India and the Himachal Pradesh government. Initially, SJVN was solely a hydropower developer but nowaims to expand its solar and wind power capacity.The company has an installed renewable energy capacity of 2,015 MW comprising 1,912 MW of hydropower, 97.6 MW of wind power, and 5.6 MW of solar power.

In recent years, SJVN has looked to expand on its solar portfolio. In November 2020, the company floated a tender to purchase 1,500 acres of land for setting up solar power projects in Rajasthan. In October 2020,  SJVN won the auction for 100MW of solar power capacity to be developed at Raghanesda Solar Park in Gujarat. Before this, the company also invited bids for developing 100 MW of solar power capacity at the Dholera Solar Park in Gujarat.