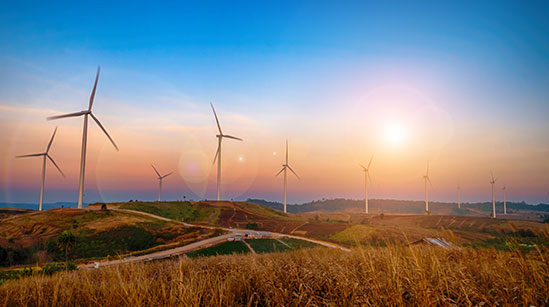 ReNew Power has commissioned a 300 MW wind power plant in Gujarat, India. The project was previously awarded to ReNew’s operating subsidiary ReNew Wind Energy (AP2) Private Limited in a competitive e-reverse auction conducted by Solar Energy Corporation of India Limited. The project is located in Gujarat’s Kutch District and will provide clean energy to the states of Haryana and Orissa at a tariff of Rs2.44 per kWh).

In February 2021, ReNew Power announced a merger with RMG Acquisition Corporation II to become a publicly listed company in the NASDAQ. The deal with the US-based special-purpose acquisition corporationwas backed by Goldman Sachsand recorded an enterprise valuation of $8 billion. The transaction is expected to close in the second quarter of 2021 following which the combined entity would be named ReNew Energy Global PLC and will be listed on the NASDAQ. ReNew Power’s management and its stockholders will be allocating a majority of their equity into ReNew Energy Global PLC and are expected to represent approximately 70 per cent of the new company when the transaction closes.

In November 2020, ReNew Power authorised the sale of its wind farms in Karnataka to Ayana Renewable for Rs 16 billion. The wind farms, aggregating 300 MW, are located in the Raichur, Bijapur, Belgaum and Bellary districts of Karnataka. The two companies signed definitive agreements for the sale of these assets. ReNew Power, due to its expansion, had reported a debt of Rs 250 billion in its latest balance sheet. The current deal is expected to reduce the company’s debt. ReNew Power had acquired the wind farms as part of its Rs 100 billion acquisition of Ostro Energy in 2018.