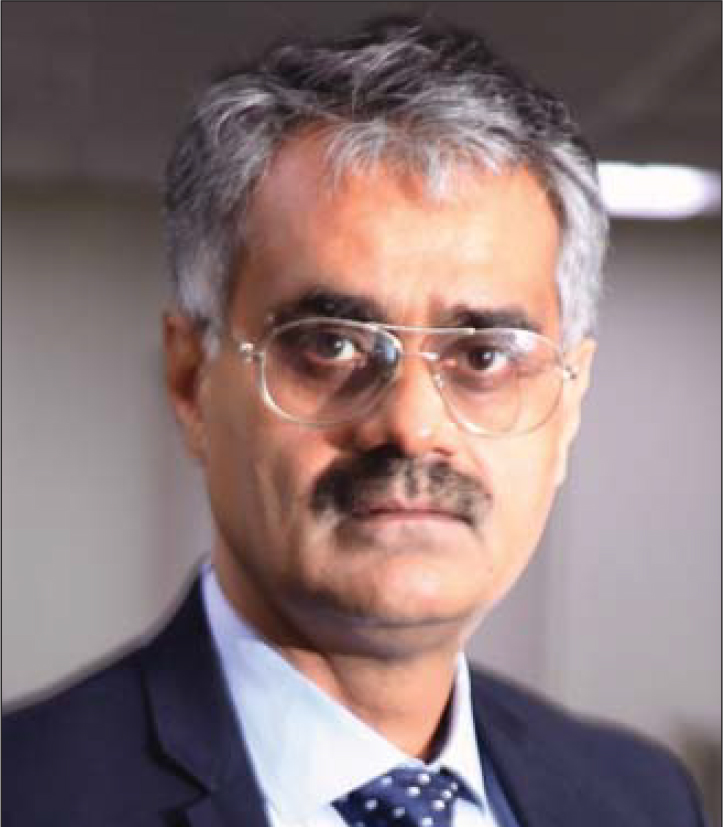 Transmission constraints are considered one of the key deterrents to India’s renewable energy growth. They have led to the postponement and even cancellation of many auctions in the past, along with delays in the commissioning of many large wind and solar projects. In an interview with Renewable Watch, Arun Sharma, chief operating officer, Global Infrastructure, Sterlite Power, talks about the key issues in the country’s transmission space and the company’s plans for developing the required infrastructure for integrating renewables into the grid…

What is Sterlite’s total portfolio in the transmission space? Where are its key projects located?

We are currently implementing some vital projects that will connect the national grid to clean and green energy. Lakadia-Vadodara Transmission Project Limited (LVTPL), which is part of India’s Green Energy Corridor (GEC), will evacuate power from the upcoming renewable capacity in Gujarat. The WRSS XIX and NERSS IX projects will bring clean energy from solar, nuclear and hydro sources for people across the western and north-eastern regions in India. Also, the NER II Transmission project, which will connect the north-eastern region of the country to the national grid, is nearing completion. It will help evacuate gas-based power generation from the state of Tripura into the eastern grid, thus acting as a natural balancer for the renewables being added to the national grid.

What is the company’s role in the implementation of the GEC? What is the status of the entire project? When is it likely to get completed?

Sterlite Power is developing LVTPL, the largest GEC packages auctioned, to connect the wind energy zones of Bhuj in Gujarat to the national grid. The project involves laying over 330 km of 765 kV double-circuit transmission lines connecting the 765/400 kV Lakadia substation to the Vadodara substation in Gujarat.

The project is being developed at a total cost of Rs 20,240 million and is at advanced stages of development. We have tied up with leading partners such as GE T&D India, Unitech Power Transmission and Tata Projects for the execution of this project.

Renewable energy resources are abundant in India, but they are not spread evenly. While some states are renewable rich and support the development of large-scale renewable energy projects at a lower tariff, significant energy demand is expected to come from states with relatively lower renewable energy potential. The GEC will enable power evacuation from the upcoming renewable energy assets with a cumulative capacity of 66.5 GW from these renewable-rich states to the load centres across the country. This comprehensive transmission network will integrate the identified zones and is expected to play a critical enabling role in India’s energy transformation.

The past 24 months have seen 25 transmission projects of around Rs 290 billion come up for competitive bidding in two phases. This has encouraged private developers to enter the market, with the auctions witnessing widespread participation and intense competition. By some estimates, competitive bidding on tariffs for these projects has effectively reduced the cost of power delivery to consumers by 35-45 per cent.

What is the reason for transmission constraints for new renewable energy projects? What are the major challenges faced by transmission developers in India?

The emergence of solar energy as a mainstream source of energy over the past decade has been one of the success stories of the Indian power sector. India is betting big on renewable energy and has chosen a sustainable path to fuel its growth. While this is transforming the power sector, it is also bringing up fresh challenges of grid upgradation and expansion.

To answer the second question, transmission developers in India today face three critical challenges – to reduce the gestation period of transmission infrastructure, to minimise the space requirement so as to build an asset that preserves the ecology and coexists with nature, and to arrange capital and reduce the overall cost of building the asset, and hence, the landed cost of energy. As a leading transmission developer in the country, Sterlite Power is solving problems at the intersection of time, space and capital by adopting state-of-the-art global best practices and innovations in a legacy-driven power transmission sector.

With India planning huge renewable power capacity additions in the near future, what are the key interventions required on the transmission side? What lessons can be learnt from more evolved countries like Germany?

Transmission plays a critical role in connecting renewable energy sources to the load centres. It is important to plan and build a strong and flexible grid and have enough transmission capacity before we develop additional renewable energy capacity. The competitive bidding route for interstate transmission network expansion has already proven that competition can bring efficiency in the sector while driving down costs and reducing execution timelines. By replicating the process at the intra-state level, we can further accelerate the process of grid strengthening and modernisation, and keep pace with renewable energy deployment. Furthermore, the investment requirements in the transmission sector are estimated at around Rs 5 trillion over the next 10 years to create a vibrant state, national and interregional SAARC grid. These investments will enable renewable generation evacuation into the grid, energy access for consumers, interregional energy exchange, and storage for managing peaks and intermittencies.

What have been the major technology advancements in the grid integration of renewables? Is the Indian market prepared for these advancements?

During the Covid-19 situation, countries have experienced that grids are robust and can operate successfully with a higher percentage of renewables. As efforts to meet the long-term renewable energy target pick up pace, it is important to simultaneously prepare the grid to transmit these vast amounts of variable and intermittent injections of renewable energy supply.

Electricity grids, therefore, will have to be modernised across Indian states. Technological innovations like uprate and upgrade of networks, system strengthening, and use of cutting-edge technologies such as MCMV towers are transforming energy delivery networks.

Also, there is a large requirement of grid-integrated battery energy storage systems to balance grid intermittency and manage the demand generated by the fast integration of renewable energy sources into the grid. Considering the steep price decline being witnessed in battery prices globally, it would be best to select developers to set up these grid-integrated storage parks under an availability-based, fixed annuity, tolling revenue model similar to the competitive framework prevalent in transmission. We are currently working with the state governments and utilities to help them identify immediate opportunities where storage could be economically beneficial, and develop the business model framework.

What are the company’s future plans in the renewable energy domain?

Globally, most of the post-pandemic recovery packages have been designed with renewables at the core, which resonates with India’s ambitious target of 450 GW of clean energy by 2030. This has created immense opportunities for power transmission to evacuate clean energy. As a project developer, we are bullish about the strong pipeline of GEC projects envisaged by the government for grid integration or evacuation of power from the upcoming renewable energy capacity being developed across the country.

Sterlite Power is committed to our prime minister’s clean energy goals and will participate in this massive effort for greening the grid. As an active proponent of renewable energy, we see the majority of our new projects to be linked to the transportation of renewable energy.

The breakthrough of solar energy in India should be seen as an opportunity to expand and modernise our grid, rather than as a challenge. Globally, we will see  significant renewable energy capacity addition in the coming years to both slowly replace the existing fleet of older, traditional plants and to meet the demand growth expected due to population increase and migration from liquid fuels to electricity in the transport sector. As India widens the network and implements ambitious projects such as One Sun One World One Grid, this transition to clean energy can make it self-reliant, and also potentially a global leader.