The major push to renewable capacity addition in India in the last decade has come from solar power. The current installed solar capacity in the country is about 38 GW, which is impressive considering that it was nearly zero a decade ago. Solar energy is, moreover, poised to play a key role in achieving the renewable energy target set for 2022, contributing 100 GW of capacity. However, while solar deployment has been pivotal to India’s green energy transition, it is not as “green” as would be imagined. One of the big concerns that have emerged in the development of solar capacity, especially in India, is the amount of water used in the cleaning of solar panels.

Proper operations and maintenance (O&M) of solar projects is important in order to ensure efficient generation. One of the key steps in this process is to regularly remove dust and soil from solar panels, which accounts for 25-35 per cent of the total O&M costs. Not cleaning solar panels results in substantial loss in power generation. A 2019 study on solar photovoltaic (PV) modules in Doha estimates that the lack of module cleaning could result in a 12-24 per cent loss in power output per month. UAE-based NOMADD Desert Solar Solutions further reports that a dust storm could reduce a plant’s efficiency by up to 60 per cent.

In India, where solar capacities are increasingly being developed in dry and arid areas, these panels need to be cleaned once a week, the Council on Energy, Environment and Water estimates. The amount of water needed to clean a single solar panel is 3-5 litres per panel in normal areas and 7-8 litres in arid areas. This means that for a 1 MW solar park with about 3,000 panels, up to 24,000 litres of water would be required. The World Resources Institute reports that a 1 MW plant would need to spend at least Rs 738,000 on cleaning in a given year, which is quite significant.

The increasing development of solar parks has meant that water resources have been strained. States that house a large part of the country’s solar capacity, such as Rajasthan, Gujarat and Karnataka, consume high to very high amounts of water. As per a recent report by the World Resource Institute, 79 per cent of new renewable capacity is set to be built in areas that are already facing severe water shortages. Moreover, as a country, India is already facing an acute water shortage, with demand projected to be double the supply by 2030.

While there has been a sharp decline in solar tariffs over the past few years, the cost of water has been increasing. A case in point is Rajasthan, which has seen a doubling in its water costs over the past five years. In Karnataka, the price of water rose nearly a hundred times in 2018. There have even been reports that the high cost of water has led to cases of developers turning to illegal means to access the resource, which could have a detrimental social impact, going forward.

To reduce the labour costs associated with module cleaning and use less water for O&M of solar projects, developers have made attempts to install robotic cleaning systems in larger solar parks such as Bhadla in Rajasthan and Rewa in Madhya Pradesh. However, these systems may not be cost effective, nor implementable across smaller solar capacities due to the absence of scale. As at least 60 GW of solar capacity is targeted to come up over the next two years, efficient methods have to be considered to minimise water use. To lower costs in the cleaning of solar panels, a developer can opt to reduce the extent of treatment, recycling and rinsing water, or to reduce or eliminate the use of water in the O&M process entirely. The last option has not yet been explored sufficiently in India.

Dry cleaning methods can be active or passive. Active methods entail labourers using fixed brushes or microfibre-based cloth to clean the solar panels. The most common waterless method for cleaning solar panels is the use of mechanical brushes. These panel-cleaning brushes are designed to rotate and remove soil from the panels. Although this method uses some amount of water, it is still far less than that used in traditional wet clean methods. In larger solar parks, mechanical brushes have also been fixed on to robotic cleaning systems, which are even more water efficient. These active cleaning methods are sometimes also combined with vacuum cleaners for better results. A recent study by Al-Housani et al. (2019) found that among active dry cleaning methods, the combination of a microfibre cloth and a vacuum cleaner was the most effective in minimising power loss. Accounting for the additional cost of the vacuum cleaner, using only the microfibre-based cloth was deemed to be the most cost-effective method. These dry cleaning methods, however, come with their own set of problems. They also release fumes containing oils and paraffin, thus reducing their feasibility.

Cleaning methods can also be passive. For instance, in the “electric curtain concept” developed by the National Aeronautics and Space Administration in 1967, an electrical wave is formed on the solar panel, preventing block particles from settling on it. However, in this concept, the panel has to be constantly charged with current, which may not be safe, especially during the rains. Chemical self-cleaning can also be used, wherein the panel can be coated in a hydrophilic or hydrophobic nanofilm. Alternatively, the panel can be coated in titanium dioxide, which reacts under ultraviolet light and splits the dirt through a photocatalytic process, following which, rainwater washes off all the soiling. However, titanium dioxide-based coating is heavily dependent on rain for its functioning. That said, passive cleaning methods show a lot of promise, as they improve the durability of the panels. Coating solar panels also lowers losses due to soiling. In July 2020, India’s Department of Science and Technology announced the launch of a low-cost nanoparticle-based hydrophobic solar panel coating that ensures no loss in transmittance or efficiency of power conversion.

In recent years, companies have come up with innovative solutions that go beyond conventional waterless cleaning systems. In 2018, the American Polywater Corporation released a product known as Solar Panel Wash (SPW), which is a cleaning solution that forms a thin continuous layer of water on the solar panels. The SPW solution uses just 230 ml of water for each panel. In comparison, in the conventional wet cleaning and active brush cleaning methods, at least 2 litres of water would be used for each solar panel. Mumbai-based Inspire Clean Energy, in collaboration with the Central Institute of Plastic Energy and Technology, has developed a cleaning brush that uses only 300 ml of water per panel.

How can the best solution for minimising or eliminating the use of water for solar panel cleaning be gauged? There are several considerations. For instance, the availability of water is important to help a developer evaluate the costs involved in O&M. The climatic conditions of the project area must also be taken into account before deciding the cleaning method. Rainfall and humidity play a huge role in the amount of soiling on a solar panel and thus the extent of cleaning. For example, in areas with ample rainfall, titanium coating on solar panels can be useful. In India, water-conserving robotic technologies for cleaning may only be cost competitive for larger solar projects. In such a situation, the developer would need to explore solutions that minimise both the cost and the use of water while cleaning solar panels.

The government must also take steps to promote waterless cleaning systems in future projects. Despite a significant amount of solar capacity being tendered over the last decade, there is no guidance for developers on how and where to procure water for their projects. Going forward, tender documents should specify this information, so that developers are not faced with soaring water costs and challenges in accessing water. The government should also actively promote research and development of waterless cleaning technologies so that they eventually become cost competitive for all projects.

The development of renewable energy must not be motivated by the idea of saving one resource while depleting another in the process. Thus, to truly achieve a future fuelled by green energy, going forward, developers and the government alike must look to eliminate the usage of vast volumes of water in solar panel cleaning. 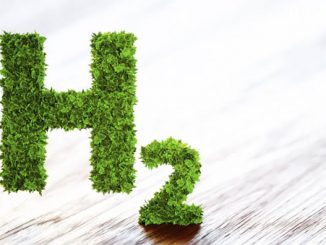 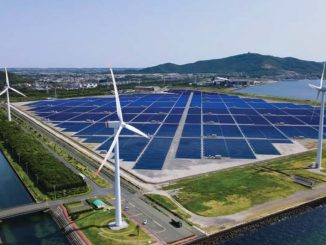