Pinaki Bhattacharyya, MD and CEO, Amp Energy India, has 20 years of experience in the power sector, in both thermal and renewable energy. Prior to joining Amp Energy India, he was chief financial officer of Sterlite Grid’s transmission business and led new business initiatives at Sterlite Technologies (Vedanta Group). He also co-led the incubation and management of Green Infra (an IDFC Private Equity venture). During this stint, he managed a renewable private equity portfolio of $400 million, including investments in Green Infra, Suzlon, MoserBaer, EVI and GMR Energy.

Bhattacharyya owes his interest in the sector to his father, a power professional. Exposed to books and conversations on the sector at home, he was motivated to study engineering. He obtained a BE (mechanical) from the Delhi College of Engineering and then did an MBA from Cornell University, USA. “After completing my MBA, I had a tough time in the US. The 9/11 attack had taken place and the economy, including the energy industry, collapsed. But this did not affect my dream to work in the sector,” he says. 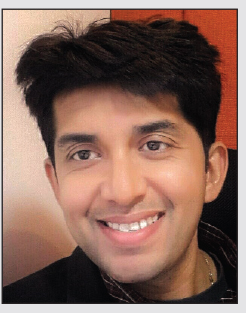 While he has worked in many countries and continents Bhattacharyya says he enjoys being in India the most: “Europe is beautiful and a good tourist destination. The US is more global and open to different cultures. But I always wanted to come back and contribute to India’s development.” Since 2008, he has been working in the Indian renewable energy sector.

Bhattacharyya enjoys trekking in the Himalayas. “Most of the company’s offsites have been in the Himalayas under lockdown, We’d gone to Dhanachuli, a small village in Uttarakhand. Earlier, we visited a tea estate in Darjeeling,” he says.

During his days in Boston, Bhattacharyya stumbled on the Ramakrishna Vedanta Society, which rekindled his interest in spirituality. “My schooling at Mother’s International influenced me to discover spirituality,” he says. He believes strongly in Swami Vivekananda’s core teaching – that the goal of life is to realise the true spirit within you. According to him, spiritualism should make one strong not servile, and calm during chaos. His bond with his school has grown stronger as his children now study there and his wife teaches in the same school.

During the lockdown, Bhattacharyya has been taking time out to cook and is quite pleased with his culinary accomplishments, especially his rendering of traditional Bengali chicken, butter chicken and Kashmiri roganjosh.