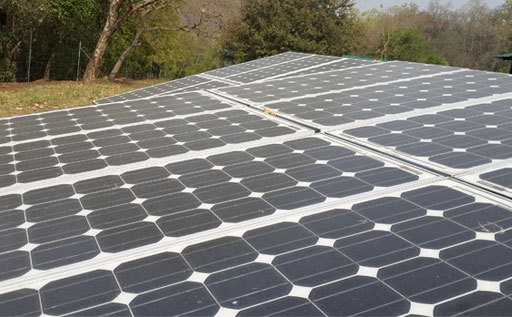 The Ministry of New and Renewable Energy (MNRE) has extended the third phase of the off-grid and decentralised solar PV applications programme until March 31, 2021.The extension follows the instructions issued on the continuation of the public-funded online program by the Ministry of Finance on January 10, 2020, which has been approved. The off-grid and decentralized solar PV applications program phase III was launched by the MNRE on August 07, 2018, and was slated to be valid for financial years 2018-19 and 2019-20.

As per the notice issued by the Ministry, the government agencies will continue to implement the program as per the previous guidelines and amendments. During the extension period, the sanction of the new projects under the program will be available only in the north-eastern region. In addition to this, solar power packs will be installed only under the RESCO (Renewable Energy Service Company) model. The detailed guidelines for implementation and subsidy disbursement mechanism under RESCO mode will be issued separately, it further added.

Under this programme, the Ministry aims at providing solar-based applications in areas where grid power is either unavailable or is unreliable. Applications such as solar home lighting systems, solar street lighting systems, solar power projects, solar pumps, solar lanterns, and solar study lamps are covered under the programme.According to the MNRE, under the phase-I of the program from 2010-13, the target was 200 MW against which 253 MW was approved. Under phase-II from 2013-17, the target was 500 MW, while 713 MW was approved.Under the third phase, the government was targeting the installation of 118 MW of solar power capacity by March 31, 2020. In 2019, the government had announced that a corpus of Rs 29.37 billion was provided for off-grid renewable energy generation sources in the past three consecutive budgets, beginning with the financial year 2016-17 and ending financial year 2018-19. Off-grid renewable energy generation sources, coupled with new laws and codes for building construction, will help in ensuring energy efficiency and energy sufficiency in India.