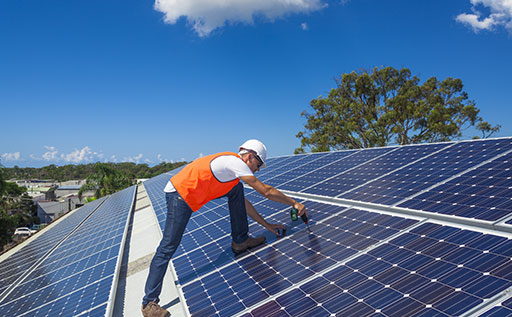 The Central Electricity Regulatory Commission (CERC) has passed an order extending the validity of renewable energy certificates (RECs) to avoid demand-supply imbalances in the REC market. It extended the validity of RECs that expired on April 1, 2020, to October 31, 2020. Additionally, it extended the validity of RECs set to expire between April 1, 2020, and September 30, 2020, so that they remain valid until October 31, 2020. Based on an inspection of REC inventories, the CERC found that 130,500 RECs -comprising 34,768 solar and 95,723 non-solar RECs – had expired on April 1, 2020. It also noted that an additional 32,069 RECs – including 674 solar RECs and 31,395 non-solar RECs -issued after April 1, 2020, was due for expiry in the subsequent six months. In its order, the CERC had reviewed the performance of the REC market in terms of market participation, volumes trades, and prices discovered. It concluded that an extension of the validity period for these RECs was essential to avoid demand-supply imbalances in the market.

Renewable energy certificates are market-based instruments used to incentivize power generators to reduce or eliminate harmful emissions while generating power. Owning one REC is an attestation that the bearer has contributed 1 MW of renewable energy to the power grid. These certificates can be traded on the open market as an energy commodity.

Previously, the CERC extended the validity of RECs that expired or were due to expire between November 1, 2019, and March 31, 2020, up to March 31, 2020. The move was intended to provide relief to renewable energy generators of both solar and non-solar projects, which are a part of the REC mechanism. Recently, the CERC issued a proposal for establishing forbearance and floor prices for renewable energy certificates. The proposed forbearance price is Rs 1,000 each for solar and non-solar renewable energy certificates for 2020, against the 2017’s prices of Rs 2,400 per MWh and Rs 3,000 respectively. The forbearance price is derived based on the highest difference between the cost of generation of renewable technologies or tariff and the average power purchase cost (APPC) of the financial year for the respective states. The floor price is determined based on the difference between the project viability requirement and APPC determined for different renewable energy technologies across the states.