The three-year international ‘Solar Payback’ study project started in January 2017 in India, which aimed to increase the use of solar heat for industrial processes (SHIP) has successfully completed its study.

The study reveals much of the process heating in indust ries use only low to medium temperatures of below 250OC. Considering the heat demand in selected industry segments the report identified dairy processing, food processing and beverages, automotive components, textiles, chemicals, and pharmaceuticals as relevant industry sectors to use industrial solar heat. For every 3 million m2 of installed area the annual diesel saved will be 20 million litres on continuous basis and abate worth 55,000 tons of CO2 annually. The dairy processing itself can fulfil this target considering India is world’s largest producer of milk and dairy products. This is especially true in states with high irradiation, such as in the north western and central states, which can be supplied on a decentralised level.

The study further suggests aggressive target be set as a part of National Solar Mission if India needs to reduce its dependence on import of fuel oil. One suggested policy measure is a certain percentage of Renewable Heat Obligation in the identified industries, which will act as driver and accelerate the SHIP projects.

India has an already established industry of solar thermal companies and suppliers that have installed more than 35,000 m² of plants for SHIP. To overcome the challenge of high capital investment “Make in India“ can perhaps lessen the burden.

Capital cost reduction and cheaper storage will need to be addressed as future strategy in order to make SHIP commercially attractive. 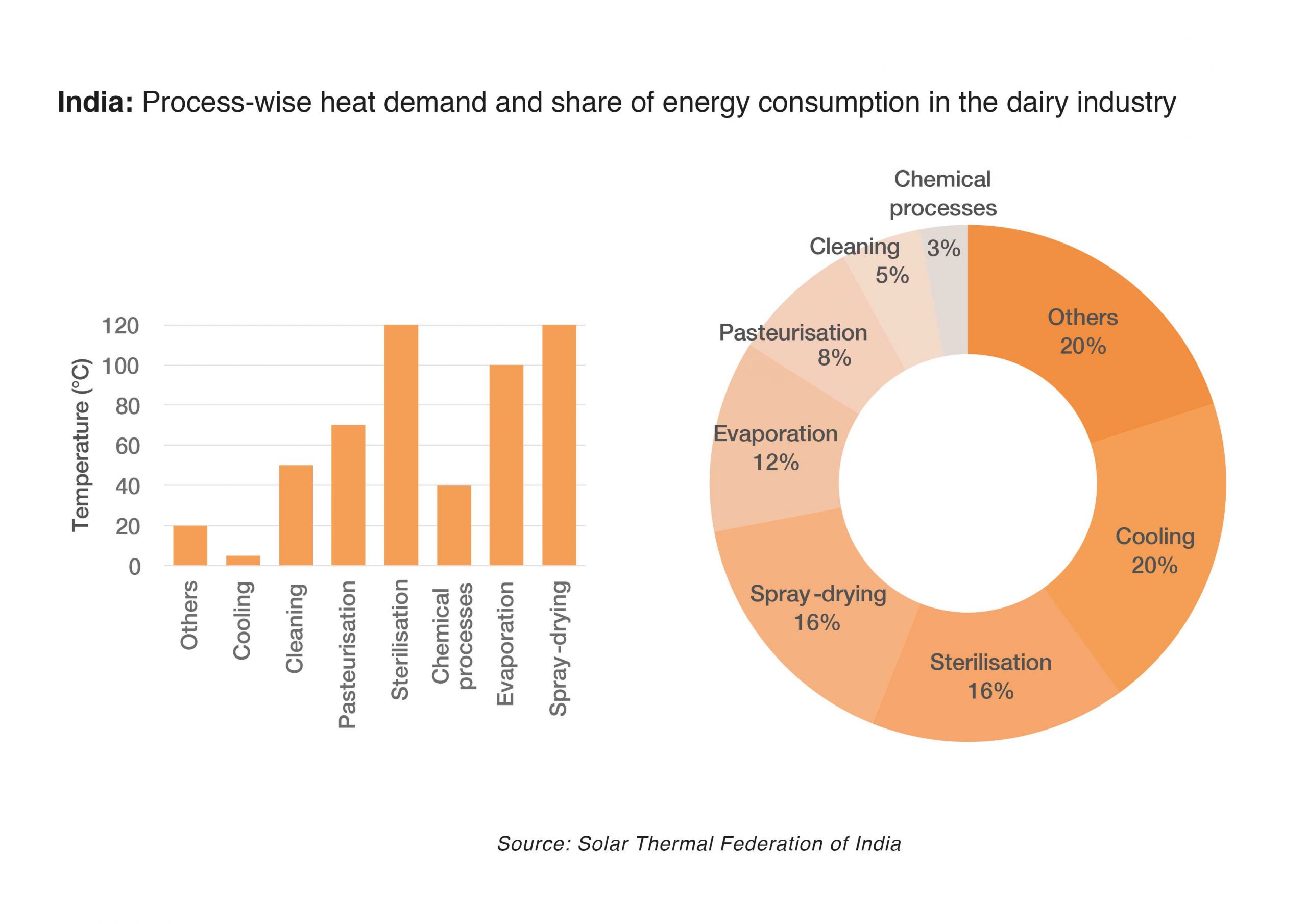 Solar Payback Project illustrates market niches and applications in identified industries and provides a methodology as a basic tool to facilitate the economic calculation of SHIP projects.

Solar Payback in India is teamed by the Solar Thermal Federation of India (STFI) and the Indo-German Chamber of Commerce (IGCC), supported by the German Federal Environment Ministry funded by the International Climate Initiative.The report can be downloaded at