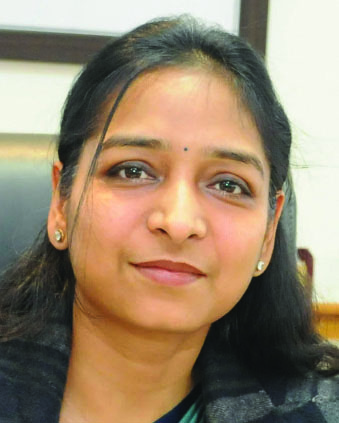 A 2002 batch IAS officer of the AGMUT cadre, Padmini Singla is currently secretary, power, finance and planning, Government of NCT of Delhi. She is also the chairman and managing director of the power companies under the Delhi government, including Delhi Transco, Indraprastha Power Generation Company/Pragati Power Company, and Delhi Power Company. In the past, she has worked in different administrative roles across the country, including the Andaman & Nicobar Islands, Chandigarh and Arunachal Pradesh.

Singla takes pride in the fact that Delhi has the lowest AT&C and transmission losses in India. Its load shedding position has improved significantly (0.05 per cent in 2018-19), and its renewable capacity stands at around 204 MW with rooftop solar installations on several government buildings. “We are planning to undertake significant capex in the sector to provide reliable power to all residents,” she says. “In the coming days, the power supply position will improve further on the back of proposed policy changes and technological initiatives by utilities.”  DTL plans to increase its transformation capacity to 8,410 MVA and 20,000 MVA at the 400 kV and 220 kV levels respectively by 2022. It is also working to add two 765 kV substations and automate its substations.

Second-generation reforms are under way with a new electricity bill being drafted, Singla notes. “Although India has the third-highest installed capacity of around 367 GW, it is far from realising the vision of 24×7 reliable power to all.” According to Singla, the key issues in the sector are lack of fuel (coal and gas) for generators and the discoms’ weak financial health.

Among her many assignments, Singla most cherishes her role as director, school education with the Delhi government. “Having studied in a Delhi government school, it was an opportunity to give back to my alma mater. Also, it allowed me to contribute to nation building. Managing a staff of over 50,000 with 16 million students across 1,000 government schools was challenging, but satisfying too,” she says. Singla’s management style has two key elements: delegation and follow-up. She empowers and motivates her team to deliver their best, and her mantra is, “what you treasure, you must measure”. She considers the Bhagavad Gita and Swami Vivekananda’s works as her life guides. She recharges herself by doing yoga and meditation, and enjoys spending time with her family, which includes her husband, also an IAS officer, and their two children.