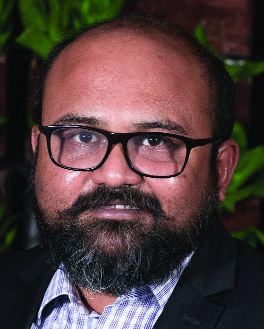 According to Sharad Pungalia, chief commercial officer at Amplus Solar, the solar power segment has bright prospects given the huge demand for both on-site and off-site projects. “Not only is solar environment friendly, there is also a strong demand for solar power owing to the reduction in consumer bills,” he says. Pungalia started his professional journey with KSK Energy Ventures in 2003 and joined AES India in 2006. He also worked briefly with Infraco Asia, before joining Amplus in 2010. In his current role, he oversees commercial transactions and contracts with large businesses. With 15 years of experience, he has a strong understanding of development, commercial and financing issues. He has successfully managed a network of relationships with the government, financial institutions and the industry.

A key challenge for the segment, he notes, is its complex regulatory framework. Electricity is a concurrent subject due to which local issues have to be dealt with at the state level and the various rules and regulations prevailing in states create complexity. Adding to the financial distress of discoms is large customers moving out because of greater solar penetration. Pungalia believes that the government should also work towards addressing the concerns of discoms so that energy-efficient solutions exist in the system. Amplus Energy was acquired in April 2019 by the Petronas Group. “This will be the first investment of Petronas in the renewable energy space, and it is expected to open new business prospects for the company,” he informs.

Pungalia handles solar power projects for cement majors like Ultratech and Ambuja. For these firms, power is one of the major costs of production. Amplus now handles more than 100 MW of projects with them. He describes Amplus as an organisation with an open culture. His management style is employee friendly and he does not believe in hierarchy. He likes to assign work based on capabilities, irrespective of experience.

He lives with his wife and a six-year old son. His hobbies include reading, especially books by Ayn Rand and historical books. He enjoys listening to music by Mohd Rafi and Pink Floyd, and watching movies and web series. He has a passion for travelling.

Pungalia is a commerce graduate from Jodhpur University and has an MBA in finance from the ICFAI Business School, Hyderabad. He also holds a diploma in business finance.