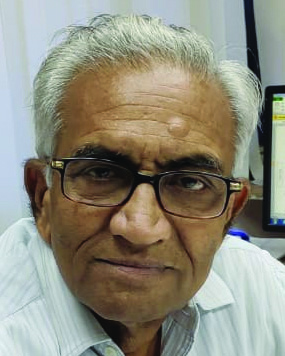 Y.K. Raizada has over 40 years of experience in the planning, design, implementation and monitoring of generation, transmission and distribution projects. He is currently director, technical, Rajasthan Rajya Vidyut Prasaran Nigam Limited (RVPN). He is also chairperson of the Technical Coordination Committee of the Northern Region, which makes recommendations to the Northern Regional Power Committee.

On the current state of the transmission sector, Raizada says that the synchronisation of regional grids with the national grid has helped in optimal utilisation of resources through the transfer of power from resource-centric regions to load-centric regions. This has also paved the way for the establishment of a vibrant electricity market. That said, the growing renewable energy capacity is posing challenges in grid integration. Rajasthan, for example, is a solar-rich state with a potential of harnessing 142 GW. However, due to grid integration issues, formulating a balancing mechanism for renewable generation is a major challenge. “Since there are no major hydro projects in Rajasthan and gas availability is low, energy storage systems are the only solution to absorb the intermittent renewable energy,” says Raizada.

RVPN is working on the challenges by adopting advanced technologies. It is using high capacity conductors for uprating the existing transmission system capacity. It has also adopted automated hybrid/gas-insulated switchgear substations to meet the increasing load growth in space-constrained urban areas, and plans to install thyristor-controlled reactors, especially in wind and solar zones.

Many of Raizada’s most memorable assignments have centred on the introduction of new initiatives, such as the deployment of a 765 kV transmission system for evacuation from large generating stations and the SCADA system for effective monitoring and operation of the state grid. Another assignment he is proud of is promoting private participation for transmission system development. Rajasthan is amongst the first few states to have successfully awarded projects, including two 400 kV, two 220 kV and seventeen 132 kV projects, to the private sector through competitive bidding.

Raizada has an interactive style of management and looks to younger minds for new ideas. In his own life, he ensures he maintains a healthy work-life balance by spending quality time with his family or unwinding with a book, especially war histories.