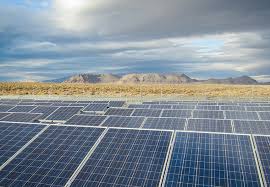 The Gujarat Urja Vikas Nigam Limited (GUVNL) has invited expression of interest (EoI) to develop 1,000 MW of grid-connected solar PV projects at the Dholera Special Investment Region (DSIR). The power generated from these projects will be procured by GUVNL and Gujarat Power Corporation Limited (GPCL) will be the nodal agency for the solar park development.

As per GUVNL, the final selection of developers will be done through a competitive bidding process which will be followed by a reverse e-auction. The documents for the competitive bidding process will be prepared after consultation with the interested developers at the EoI meeting. The developers willing to participate in the EoI are mandated to attend this meeting, failing which they will be barred from further participation in the bids.

The EOI is part of the Gujarat government’s plan to set up the largest single-location solar in the country at the DSIR. On its completion, the solar park would have an installed capacity of 5 GW spread over an approximate area of 27,000 acres. Reportedly, the solar park is expected to attract a total investment of Rs 250 billion and to provide over 20,000 employment opportunities. The deadline for submitting EoI is October 15, 2018.