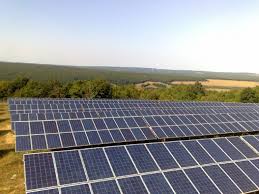 Azure Power won the bids to develop 75 MW capacity by quoting a tariff of Rs 3.37 per kWh, whereas Maheshwari Mining and Energy won the bids to develop 10 MW of capacity. Azure Power will sign a 25 year power purchase agreement (PPA) with APDCL and the project is likely to be developed outside a solar park and is expected to be commissioned in 2019.

The bids had been issued by APDCL for the development of 100 MW (4 X 25 MW) capacity of ground mounted solar PV projects under build, own and operate (BOO) basis in four separate regions across the state in January 2018.

The state has been planning to increase the share of solar to cater to the significant rise in power demand in recent years due to a shortage of electricity capacity. Reportedly, Assam has a peak power deficit of 4.2 per cent and its energy demand growth was recorded to be 9 per cent during 2017-18.