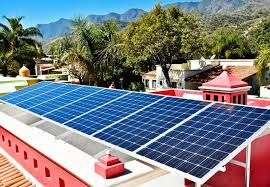 The project aims to provide all the households rooftop solar photovoltaic (PV) systems which would be connected to the grid without having battery banks. Currently, work on the project is in progress and rooftop facility has been installed and so far 17 households have been connected to grid. The vendor for the project to install the rooftop systems has been identified by the Gujarat Energy Development Authority (GEDA).

The total cost for the Suryoday project is estimated at Rs 0.07 million per household per KWp and it has received funding from Central government, state government, CGPL, TCDPT and village community.