Tendering activity in both the solar and wind power segments has been on a rise. After about 5.5 GW of tenders were released in January 2018, February too closed on a similar note. According to the tender trajectory issued by the Ministry of New and Renewable Energy, 5 GW of solar projects  were to be tendered in February 2018. For the wind power segment, it has set a target of 1.5 GW – 2 GW of tenders to be released in January and 1.5 GW – 2 GW in March 2018.

Renewable Watch has tracked 3.63 GW of solar and 2.5 GW of wind power tenders released by the Solar Energy Corporation of India (SECI) and state nodal agencies in February. These include utility-scale as well as rooftop tenders. The details of these tenders are as follows: 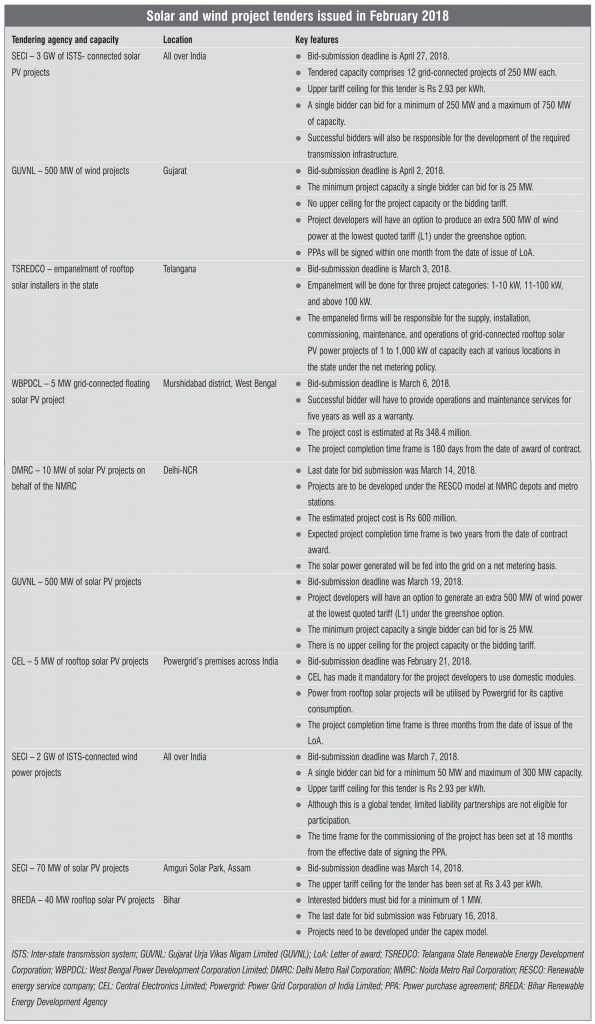