India will become the energy capital of the world by 2022 with affordable, quality 24×7 power for all, believes Piyush Goyal, minister of state (independent charge) for power, coal and renewable energy and mines. In a special address at the Power Line Summit 2016, held in New Delhi on October 3, 2016 to mark the magazine’s 20th anniversary, the minister shared his vision for the sector, the government’s commitment to the Paris agreement and climate change action, the importance of distributed generation, smart meters and a wide range of other issues. Excerpts from his address…

Renewable energy is going to take centre stage as we move forward. The Paris climate change agreement of COP21 has been ratified now, making us a part of the global effort to address this challenge. India believes this is a global responsibility and we will all have to participate in it in order to fulfil our international obligation of limiting the rise in temperature to below 2 °C.

Having said that, we also believe that the world will have to look at more sustainable development. We are concerned about wasteful uses of energy and how the developed world is going to respond to this challenge in terms of the demand-side management of their consumption. We are going to be watching what the world does in terms of low-cost and long-tenor financing, availability of modern technologies, etc. so that the efforts that all of us are making can truly bear fruit and we can make renewable energy a part of our effort to achieve energy security and ensure that more energy gets produced through renewable sources.

All of these initiatives taken together –  from generation to transmission, distribution, influx of renewables, grid stability, last-mile connectivity to the millions who still do not have power – will bring about a better and brighter future for the power industry.

Apart from shifting to renewable energy, distributed energy production will also have an important role to play, wherein consumers can themselves start generating power.

Our rooftop programme is slated to expand manyfold, from 300 MW today to 40,000 MW in the next six years. There is no comparable example in the history of the roll-out of any programme of this scale. But I think it is eminently doable in a country like India. It will not only provide energy security but will also give a lot of support to people living in distant villages that do not have access to grid power supply. With storage becoming cheaper and more affordable, the distributed energy programme will get a boost.

We are looking at using modern technology to create smart grids in the country so that more and more people get connected through technology, enabling them to monitor their energy usage while controlling wasteful consumption. I would ideally like to see every consumer having a smart meter at home. This will mean a business opportunity to install 250 million smart meters. This will address the problem of power theft and high aggregate technical and commercial (AT&C) losses as well as help isolate high loss feeders. This will also empower people and give them the ability to remotely monitor power consumption by ensuring that the right billing takes place. All of these benefits accrue when we start moving towards smart grids. In this regard, Energy Efficiency Services Limited is doing some wonderful work in converting the nation to an energy efficient nation by replacing incandescent and CFL bulbs with LED bulbs. 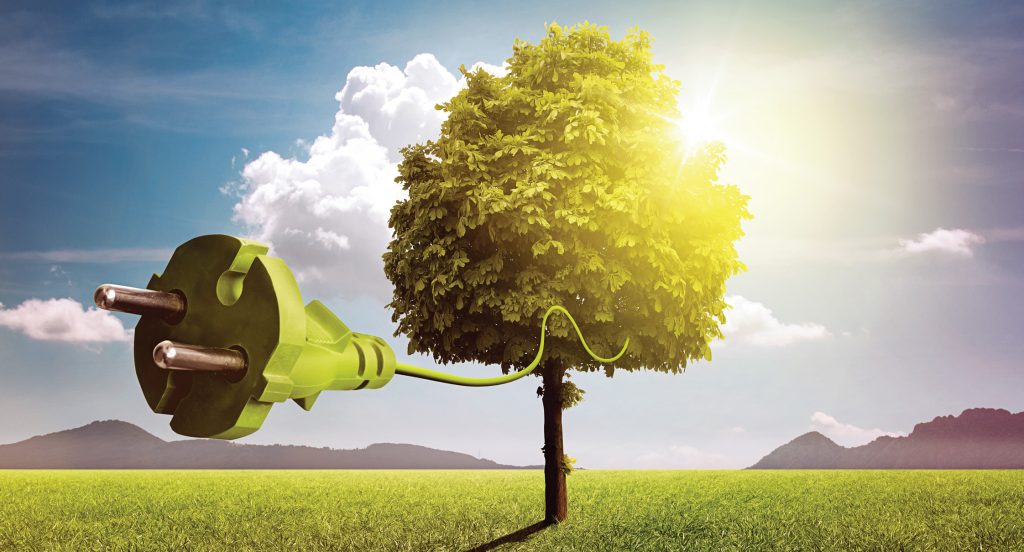 The issue of surplus coal production is a subject that has been engaging my attention for the past few days. We are working with Coal India Limited (CIL) on how we can address it. However, surplus coal supply is not a challenge; it is a fantastic opportunity for us. This is, in fact, a situation that the nation always wanted. We certainly do not want to live in a country where coal is a rationed commodity, for which consumers need to be stressed.

Over so many years, we did not have the ability to even expect that we could be a coal-surplus country. Instead of working towards resolving this problem of coal supply, we actually took the soft option of designing our power plants based on imported coal.

It is unfortunate that today, despite having so much coal, we need to continue to import coal because our power plants are designed such that they cannot absorb more indigenous coal. To my mind, that’s a situation for which the mindset of the industry is to blame – the fact that we could not assess the potential of CIL, or visualise that a country that has 300 billion tonnes of coal should not be depending on imports but should be working overtime and actively seeing how we can mine more coal. In the past couple of years, there has been a metamorphosis in the way we think about coal. This change in mindset is what was required several decades ago.

I am glad that I have to work on this opportunity where we have surplus coal. CIL has recently worked out the modalities for replacing about 15 million tonnes of imported coal with indigenous coal in the next six months for 10 power generators and coal consumers.

Going forward, we also need to look at modifying power plant equipment so that indigenous coal can be used in a greater degree. At our end, we are working towards further rationalisation of coal prices as well as improvements in coal quality so that there is no grade slippage.

UDAY and the future outlook

All of these projects are not isolated efforts by the government. They are all dovetailed into a larger game plan. This has been articulated in Ujwal Discom Assurance Yojana (UDAY), which addresses a wide range of issues in the power value chain. This will finally culminate in savings of $25 billion-$27 billion (Rs 1,800 billion) for the consumers of India.

That really is the end game, which will make power available 24×7 for all. We will have affordable power, quality power, sustainable environment-friendly power. India is working towards achieving that goal over the next six years, by 2022, in a fashion that is consistent with our overall objectives of achieving energy security, maintaining a clean environment, addressing the challenge of climate change, creating a sustainable future for our next generation and leaving behind a planet better than the one we inherited.

I truly believe that by 2022 we will mature into the world’s best place to live in and make India the world’s energy capital, with affordable, sustainable and quality power for all – well before the Sustainable Development Goals kick in by the year 2030.